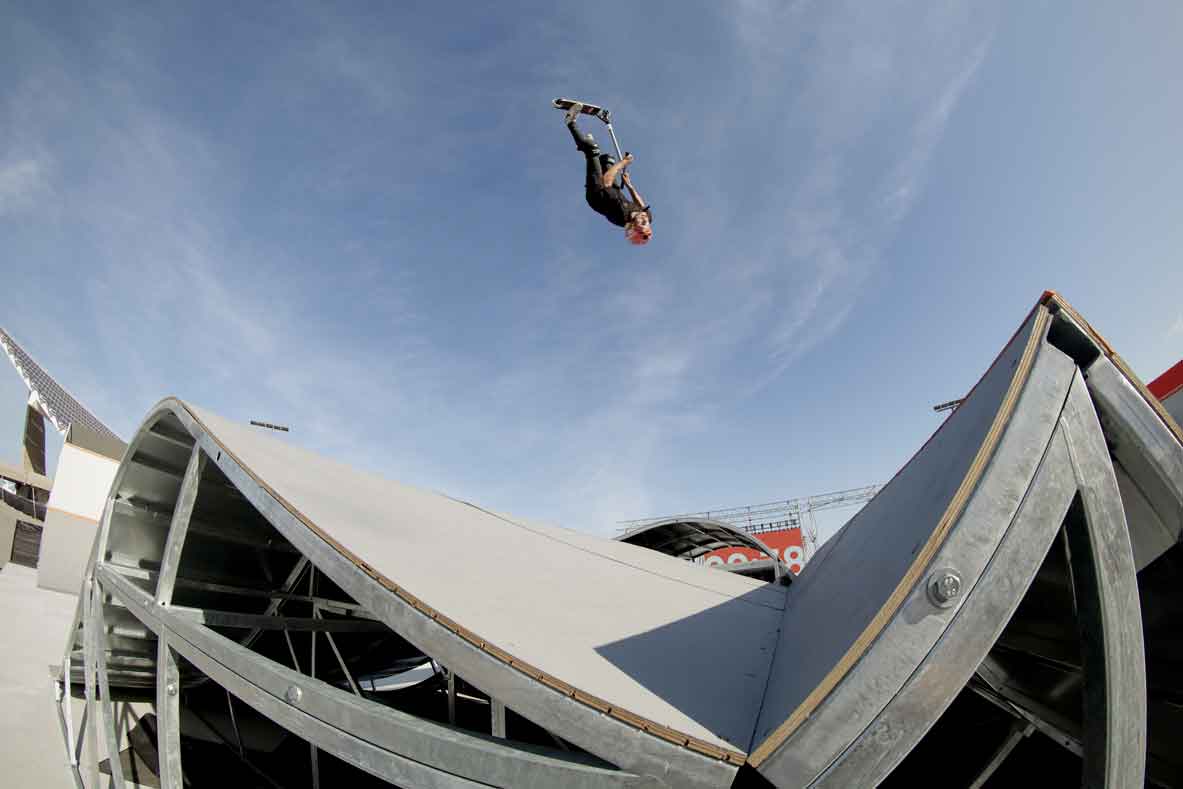 Extreme Barcelona 2021 is already a reality. Waiting to enjoy the great show of the weekend, this Thursday we have already been able to get a taste for it with the qualifying heats of Scooter, which decided the 22 riders who accessed the semifinals on Saturday.

After having to postpone the start of the session for a few hours due to rain, the sun has returned to shine in the sky of Barcelona and the participating riders have been able to get into action.

The Estonian Roomet Säälik, who was the champion of the last edition of Extreme Barcelona, has dominated with ease the qualifiers of Scooter World Championship men park, with a round full of impossible transfers, added to great tricks in the funbox as the 720 bar bar, down whips, flairwhips, even manuals. If you have to qualify his round with one word, it is solidity.

At the top of the ranking he was accompanied by the Canadian Nicholas Nelson, and the British Jack Ward and the champion Jordan Clark, who even while insuring, has delighted us with tricks like the cashroll, briflips or downwhips.

Special mention for the two Spaniards who have made it to the semis, Alex Perez and Alex Gonga. The latter, after a fall and passing through hospital, has competed and has slipped into the 17th position. As always our riders doing the epic. 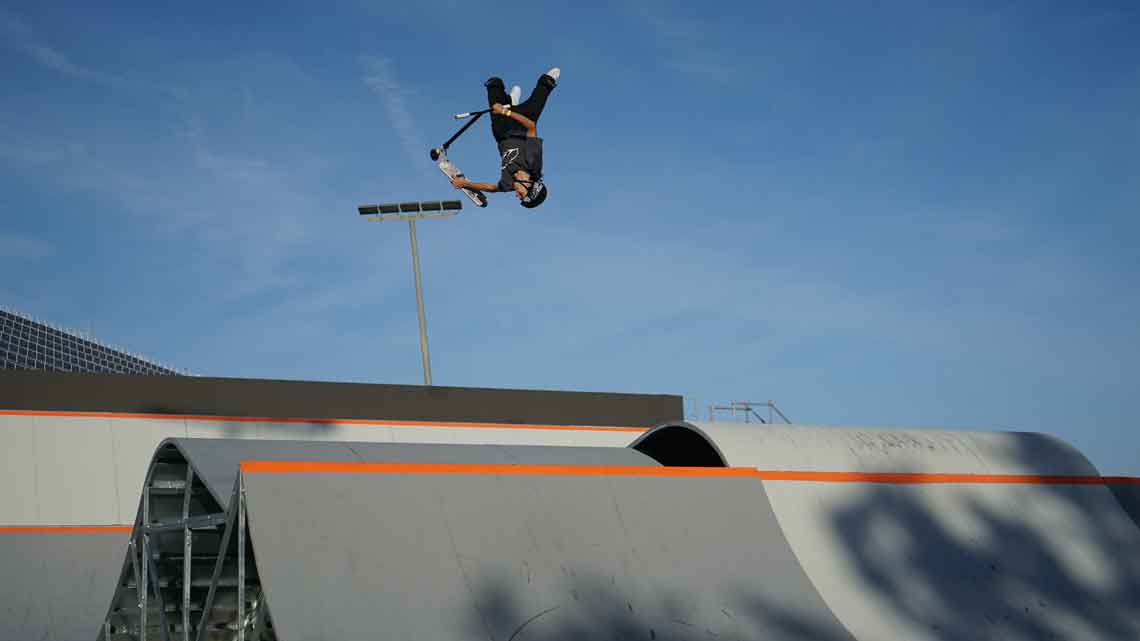 The best is yet to come

If this first day of competition has already fascinated a lot of people, the best is yet to come. The top level of the participants leaves no one indifferent, and we are sure that the spectacle of this weekend will thrill the audience attending the Extreme Barcelona.