Figueres turn herself into Urban Sports with the EsportCat Extreme

The SkatePark in Figueres hosted the second stop of the EsportCat Extreme, the first Catalan urban sports circuit in collaboration with the Secretaria de l’Esport i l’Activitat Física. Five stops, where the first classified riders of the circuit will get a direct pass to compete in the Extreme Barcelona from 16 to 18 September.

The presence of local riders has increased the competitiveness in this second stop of the circuit, with high quality and well executed tricks that have made things difficult for the judges. Youth was also the protagonist of this Figueras stop, where Omar Yassine, in Scooter and Pau Sala, in BMX, showed that the new generations of urban sports are going strong.

The Scooter category opened the afternoon with more than thirty riders where Izan Mendieta, Marc Hernández and Jonathan García with a perfectly ironed echo nothing frontscoot whip were the big winners of the afternoon.

The BMX Street athletes, show all their potential in Figueres to get the 3 passes that will take them to the StreetPark del Fòrum, in the return of the competition since the modality is not celebrated in the Extreme Barcelona since 2018. Ema Silva, is already postulated as one of the candidates to get the place after his great performance in the two stops of the circuit.

Roman Lichinsky, in the skateboarding category, is also gaining distance over his competitors after a spectacular hardflip that left the audience in awe.

In this second stop, the athletes are already starting to pull out their best tricks to postulate themselves as winners of the first edition of the EsportCat Extreme and thus get a place for the Extreme Barcelona. 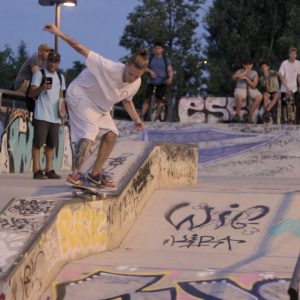 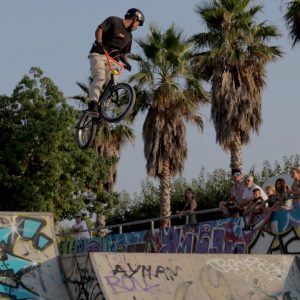 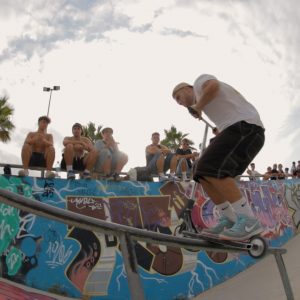