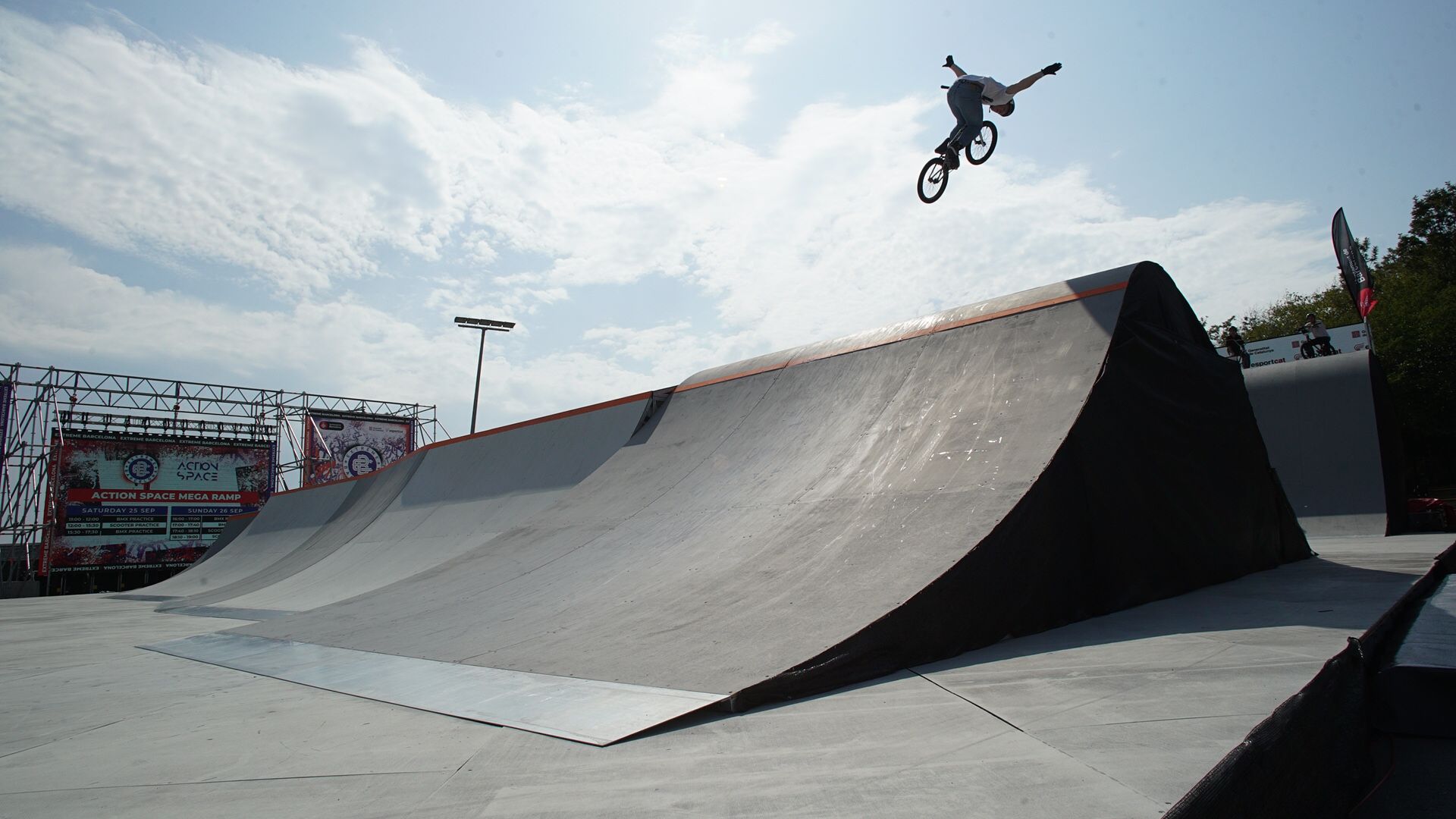 The semi-finals of the BMX competition are over and the tension is beginning to be felt in Central Park. After Friday’s show by Olympic medallist Daniel Dhers, the Venezuelan continues to lead the standings on Saturday.

Of the 24 riders who took part in the men’s BMX semi-finals, 12 have made it through to Sunday’s Grand Final. A final that will feature the big favourites, who have fulfilled the prediction and have entered the fight for the medals, leaving behind them a beautiful show in Central Park.

In a high level semifinals, the Venezuelan rider, Daniel Dhers, has led the series getting 82.67 points and qualifying for the final with the best score. The Olympic medallist in Tokyo 2020 has been one of the great attractions of the day, supported by a large Venezuelan community who came to the Parc del Fòrum. Despite the first position, Dhers has left the sensation that he still has something up his sleeve that we will surely see in Sunday’s final.

In second place was the American Nick Bruce with 77.67 points, while third was the Costa Rican Kenneth Tencio. To find Jose “Maligno” Torres we have to go back to the seventh position, because the Argentinian, second in the qualifiers, has taken a risk and has suffered a fall just in the last trick of his round.

Among the 12 best qualified riders for the final, there are two Spanish riders. Arkaitz Armendariz from Navarra finished tenth with 62.33 points, while Jaime Francisco, also known as “Tortu”, from Madrid, made the cut and made it into the final with the twelfth best place with a score of 60.33 points.

Both riders are members of the Spanish national team and will compete in the final alongside the top BMX park riders.

On Sunday, the finals will take place with all eyes on Venezuelan Daniel Dhers, who has been unbeatable throughout the competition. Even so, the gold medal will be very expensive, with men like Nick Bruce, Kenneth Tencio or Jose “Maligno” Torres who will try to unseat Dhers. The men’s final will take place from 14:40h until 15:30h.
Before that, from 13:45h it will be the turn of the women’s final, with the Villegas sisters, from Colombia, as big favourites and with three Spaniards competing: Teresa Fernández, Mar Esquer and Rebeca Dávila.