Everything you need to know about 2021 Scooter World Championships. The final battle is coming to Extreme Barcelona

Next September 25th and 26th Scooter World Championships will be held in Extreme Barcelona, these world championships will become a turning point in scootering and will push the sport forward, will be based on the national federations structure, with the aim of paving an Olympic future for the next decade. The contest also has the seal of World Skate, an organization that works to unify the unique characteristics of all roller skating sports and promote their global development, and also promoted tby the Spanish Skate Federation.

So here is everything you need to know about these World Championships, we’ll try to clarify all the details and give you some hype because the upcoming competition will be epic. The final battle comes to Extreme Barcelona 2021.

Two kings and a queen. Three crowns on the line:

Three categories will conform these Scooter World Championships scheduled for the September 25th and 26th weekend at the Parc del Fòrum. Many gold medals have been delivered, but this year’s medals are possibly, the biggest in this event and in this sport’s history.

Scooter Park and Scooter Street will be the Men’s contests to be held in the Central Park (40 x 24 m) and in the Street Plaza (42 x 13 m. These venues are progressively acquiring their own personality, now Forum Skateparks is in charge of the construction.

For the first time, the women’s Scooter Park competition joins Extreme Barcelona’s official program, after an epic first world championship held as part of 2019 World Roller Games, ladies are here to show how much fun they can have in the park and to thrill the entire crowd at Parc del Fòrum with a second final as epic as the 2019 one.

Jonmarco Gaydos, Pol Román and Beca Ortiz are current holders of the World Champion title and will struggle in an attempting to defend it against an army of great confirmed rivals. 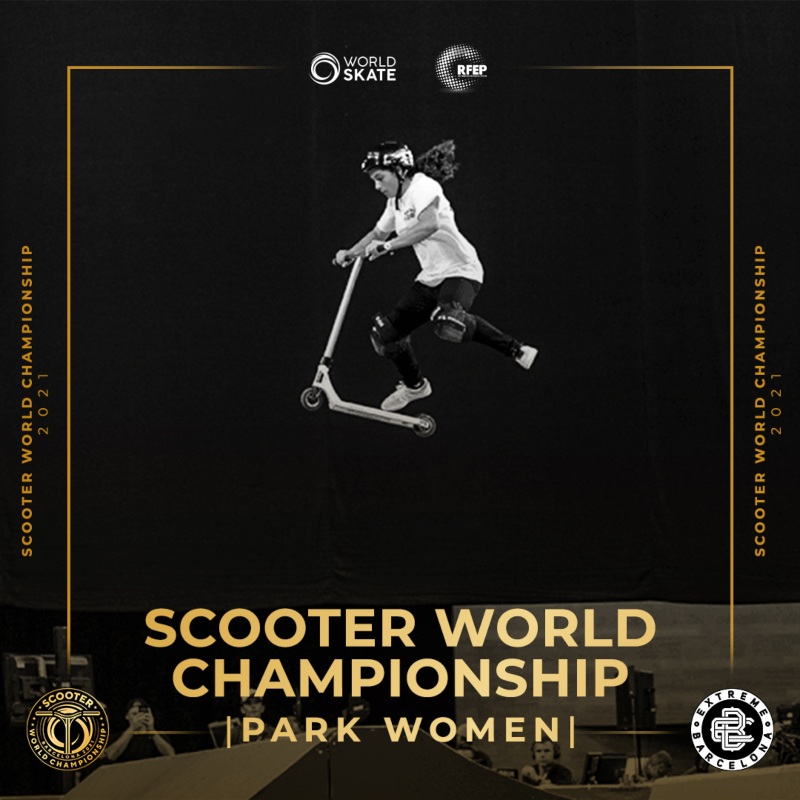 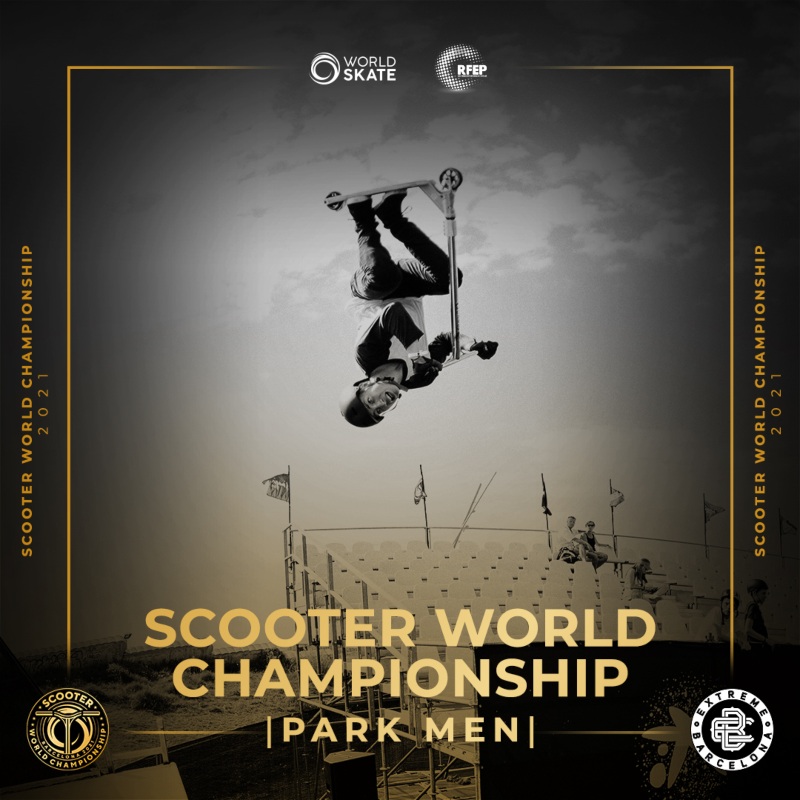 More than 300 athletes ready to compete in Extreme Barcelona:

Medals are in the running, and some of greatest riders are confirmed for the Scooter World Championships.

At the men’s park some scootering legends like Cody Flom, Dante Hutchinson, Richard Zelinka, David Senkyr, Jame Hull and Chris Farris will compete against the two favorites: Jordan Clark ( Extreme Barcelona’s most successful athlete with three world championships) and Roomet Säälik (the Estonian won in Barcelona in 2020 and has proven to be at another level).

Rivalry in the central park is going to be huge, and will be demonstration for those who during nearly two years of stoppage due to the pandemic Covid-19, have trained hard to be the best.

In the women’s park category, the confirmed athletes are also to be highlighted. The revenge for the 2019 World Championships also held in Barcelona is ready and medals are going to be expensive to win. Beca Ortiz and Lucy Evans are considered the big favorites, however, other great talents such as Carie Dunning, Megan Clark and Chanel Martin are coming to test the two big favorites.

First official Street World Championship hits Extreme Barcelona and all eyes on it’s going to be mega. The number of confirmed superstars is so large and we can’t fit in this news, although we leave you here some of our favorites to fight for the crown.
The Americans Nick Tedrick, Tommy Christiana, Kaaden Bewley along with the French Jonathan Perroni, Auguste Pellaud, Lucas Di Meglio and added to other scooter wizards such as Eden Gagliano, Jake Sorensen or Timo Sturmlin make up a line-up never seen to date. Is the best final in history coming? 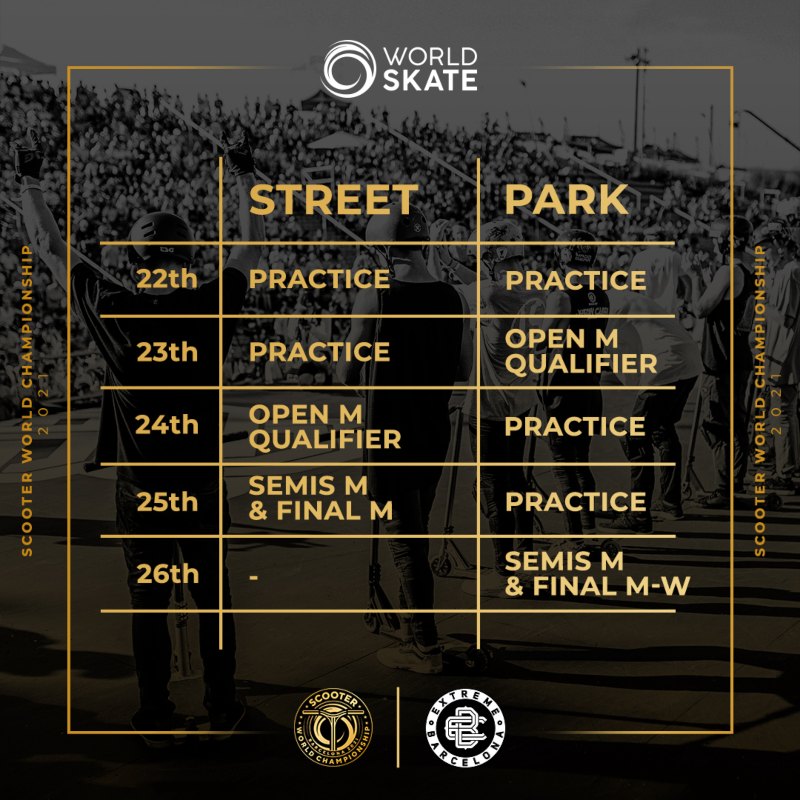 The Spanish national team, ready to go all out:

Spain will be represented in the Men street category by a great team. Pol Román will try to hold the title alongside our best athletes. Luis Barrios, Carlos Ravello, Edu Cortés and Guifré Obradors will be our great bets for the medals.

As for Men Park our hopes are placed on Ruben Doniga, Diego Puchex, Rafa del Valle and Kacper Szydlowski, who will have the hard mission to find a place in a superstar final.