The Extreme Barcelona 2020 champion Daniel Dhers comes to defend his title after winning an Olympic silver medal at the Tokyo Olympics. These Olympics have marked a point of inflection in urban sports after including BMX and skateboarding in its official program.

Extreme Barcelona has been always committed on BMX, specializing in Park, and year after year most of the best riders in the world have competed in the Parc del Fòrum’s auditorium 1. Justin Dowell, Andreev Kostya and José Maligno Torres are some of the athletes who have won a gold medal at Extreme Barcelona, but the Venezuelan Daniel Dhers is the one in charge of holding the champion title after winning the victory in a highly unusual 2020 edition, influenced by the major limitations caused by the Covid-19 pandemic.

This Extreme Barcelona 2021 edition is taking a new step forward to consolidate its BMX competitions on the international scene. The upcoming BMX competitions which will be held on the weekend of September 25 and 26 at Parc del Fòrum will be called C1 BMX Park Men and C1 BMX Park Women, giving them the UCI BMX International Cycling Union  official certification. The event will be counting for the ranking to the World Championship finals.

A competition at this level requires a proper park. The Central Park will receive a complete renovation to completely refresh the features used during last three years and will be built by Forum Parks. Any and every surface area of the park will be built completely from zero to create a new environment that will satisfy riders and spectators. It is not officially presented yet but we can anticipate that a huge launch box and a massive quarter to bank will be the sections which will provide Auditorium 1 of the Parc del Fòrum with a new personality.

Big names to fight for medals

Daniel Dhers leads confirmed athletes on the path for the gold, although it will not be easy for him, as this year other great riders like the Californian Daniel Sandoval and the American Nick Bruce will come to Extreme Barcelona to go for it all. At the moment these three bmx talents are in all the betting pools but there”s already a long list of bmx riders looking forward to unseat the top riders and make it to the podium this year.
The Italian Alessandro Barbero, the Latvian Kleps Valters or the young American Jacob Thiem are some of the most notable names among the more than 20 riders who have confirmed their participation. 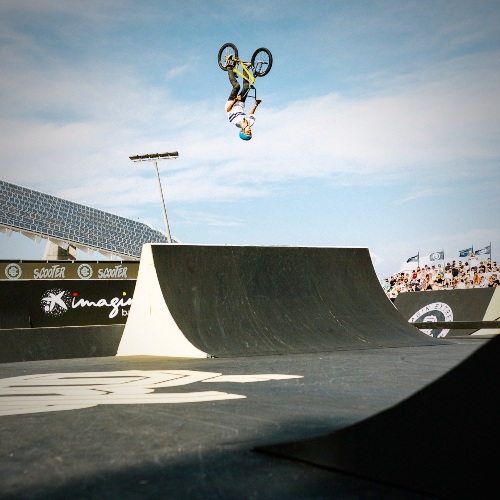 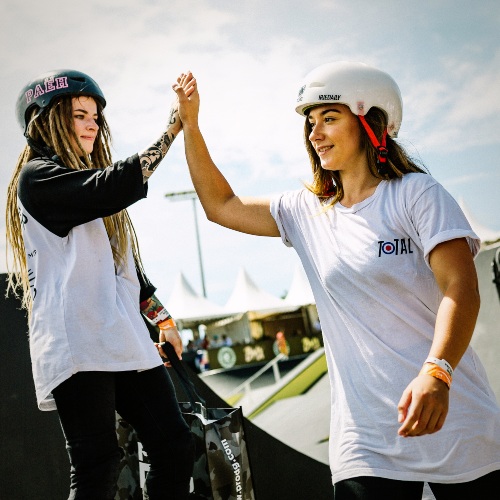 The best female BMX is back

The women’s competition is back after a two-year gap at Extreme Barcelona. Lara Lessman was the last woman who took the gold medal in a women’s BMX Park competition in Barcelona, and after two long years of not having the top riders of the international scene, the women’s BMX will become a true reality again.
The female competition will also count with the UCI freestyle C1 level official certification, and the first confirmed athletes have already been confirmed.
France’s Laury Perez, Ecuador’s Anahi Valentina and Spain’s Maria Vallejo and Rebeca Davila are some of the riders who will battle on the big ramps of Central Park for a place on the podium of the Barcelona event.

Besides the two official competitions, Extreme Barcelona 2021 will also include its third BMX contest, this time in the junior division, corresponding to the Hot Wheels Superchargers Spain Grand Final, featuring some of the greatest talents involved in the online event held on our social networks, who will face each other to show who is the future of Spanish BMX.