Extreme Barcelona collaborates with “School practices sport in the city”

Since its inception, Extreme Barcelona has worked to bring urban sports such as skateboarding or scooters closer to the little ones. That is why under the Barcelona City Council’s “School practices sport in the city” program, the Extreme Barcelona sports team organizes specific sessions to explain the basics to the youngest of the city.

Throughout this week, a total of 3,000 primary and secondary students from 50 schools in Barcelona pass through the esplanade of the Forum. Throughout the school year they have practiced and learned about urban sports from the hands of the physical education teachers and now it is the turn to do one more jump. The Extreme Barcelona monitors teach you the basics of skateboarding and scooters with theoretical explanations and practical exercises in a space prepared for the occasion with introductory modules. At the end of each session, of approximately 35 minutes each, the monitors offer an exhibition of both skateboarding and scooter.

The aim of the school program is for boys and girls to discover new sports, try different modalities and achieve sporting challenges. In addition, it is also a platform to create the first base of athletes who, in the future, could go very far at a competitive level. Especially in a context like the current one, in which both skateboarding and BMX are already Olympic sports, which will debut this coming summer at the Tokyo Olympics.

The seventh edition of the Extreme Barcelona skate and scooter courses under the framework of “School practices sport in the city” has been marked by the restrictions set by the Covid protocol. The activity has been organized by keeping the children’s bubble groups at school, in order to guarantee their safety. In addition, being an outdoor activity allows it to be carried out without problems. 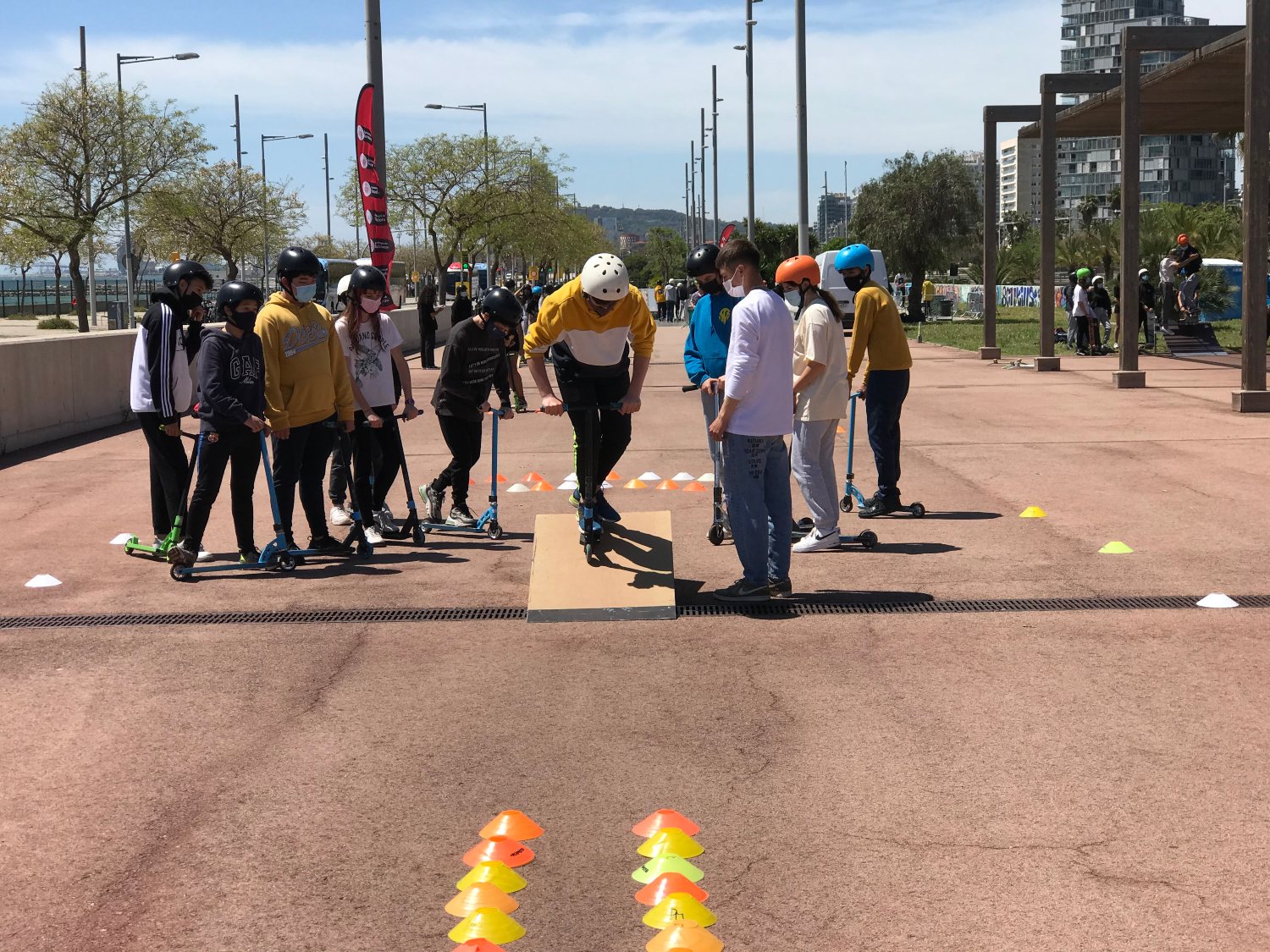 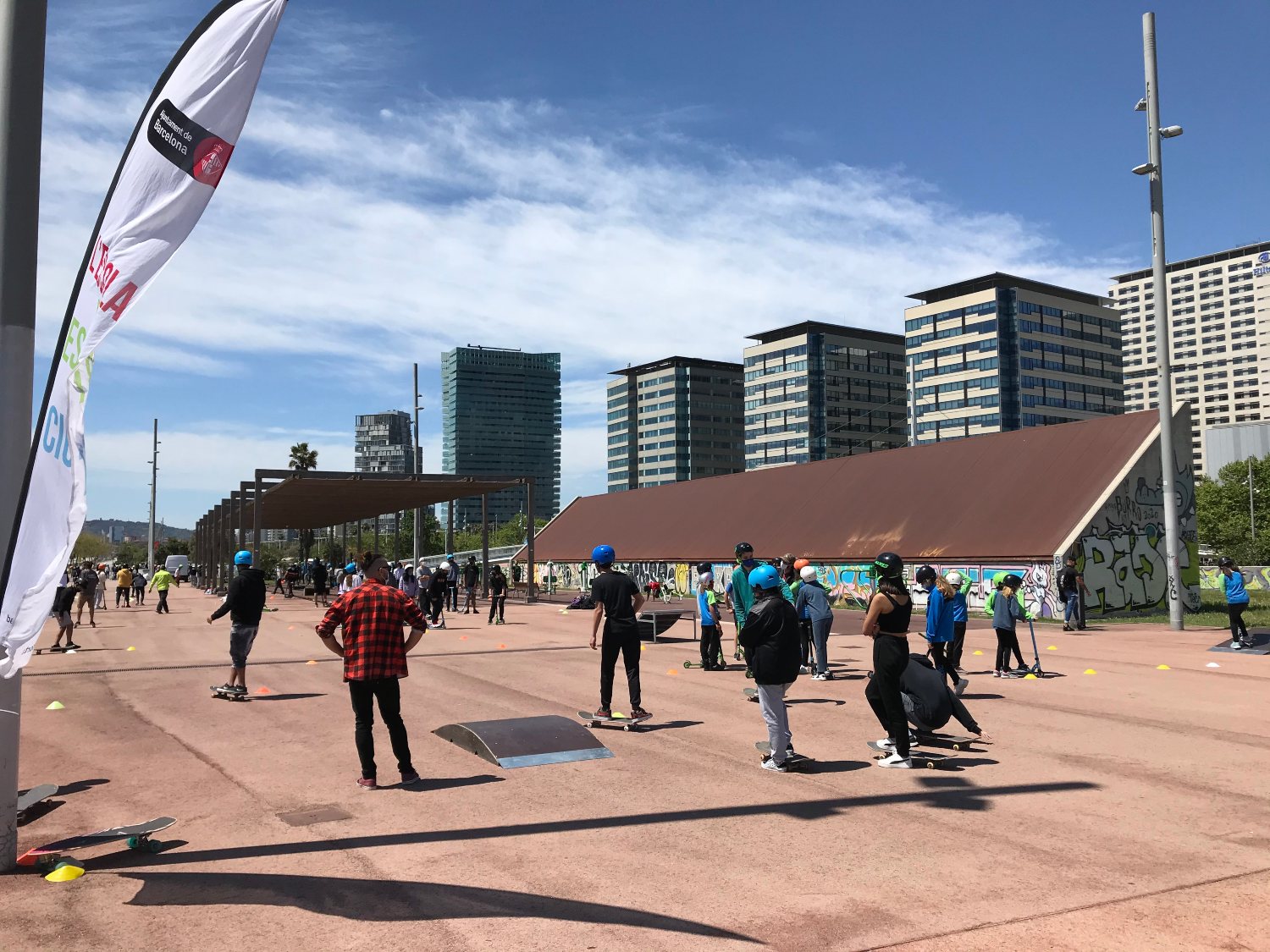 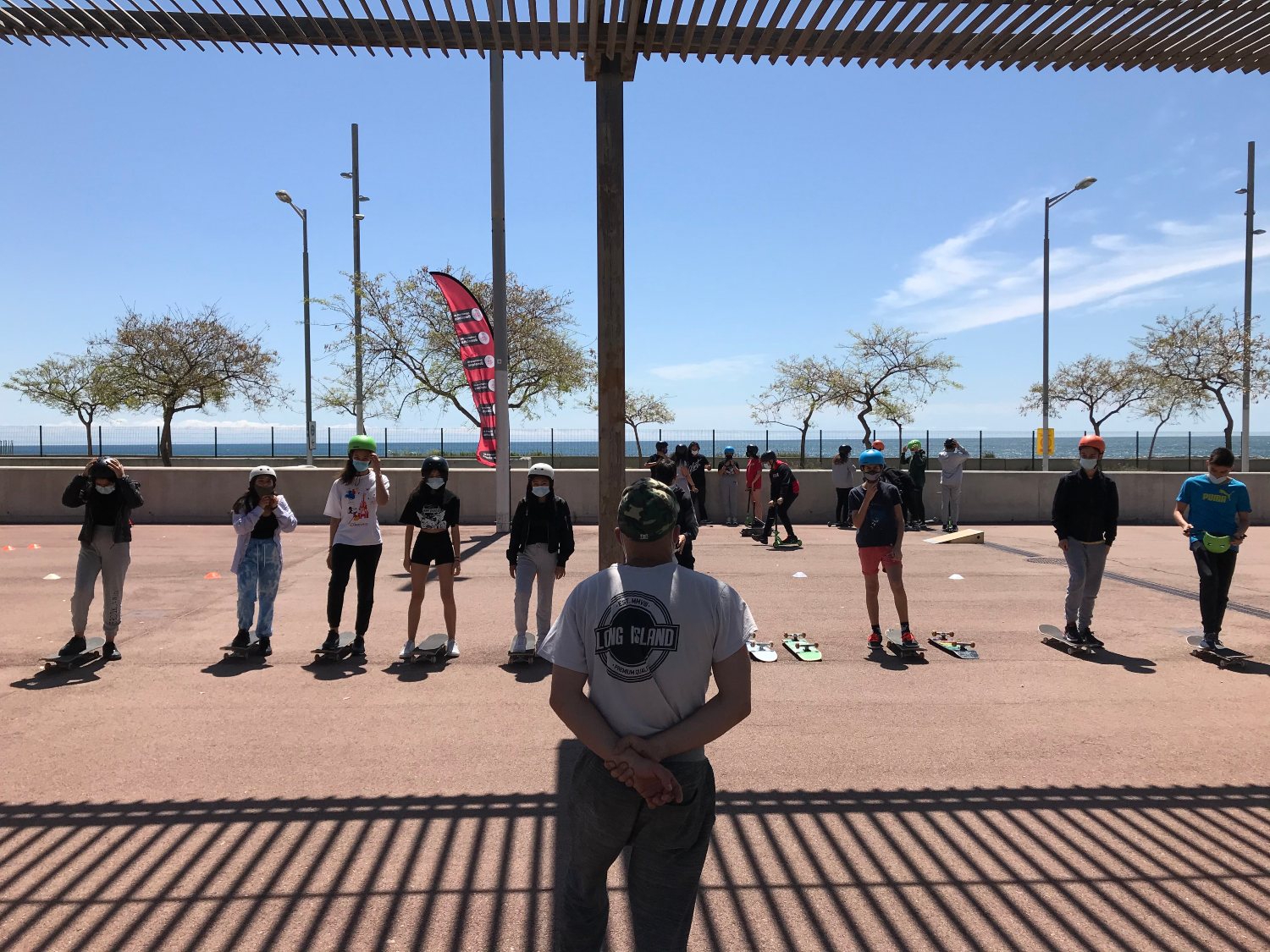