The Catalunya Central Park and the Barcelona Street Plaza, main stages of the imaginExtreme Barcelona

The Catalunya Central Park and the Barcelona Street Plaza, main stages of the imaginExtreme Barcelona

There is just over a week to go before imaginExtreme Barcelona returns to the Parc del Fòrum and the latest details of the event are coming to light. After two years without the urban sports festival, Barcelona will once again host the best Spanish and international riders to compete in skate, scooter, BMX and roller freestyle.

The novelties we present today are the two scenarios where all the competitions will take place; the Catalunya Central Park and the Barcelona Street Plaza. This year, as an exceptional measure, the two parks will be located in auditorium 1 of the Parc del Fòrum. This measure has been taken to reduce the mobility of athletes and optimize television broadcasting, the only way to follow the event.

The Catalunya Central Park is one of the main axes of the event in terms of competition, as in this scenario the competitions of 3 modalities will be celebrated: BMX, scooter and inline.

This year, the Catalunya Central Park will be completely different from what has been seen in previous editions. First of all, its construction will be carried out by Seven Mila Parks, in collaboration with Hurricane Parks, which will give it a different format from other years. The Catalunya Central Park will have an area of ​​800m2 (40x20m) with spectacularly large modules, which will allow riders to fly higher and do more difficult tricks. 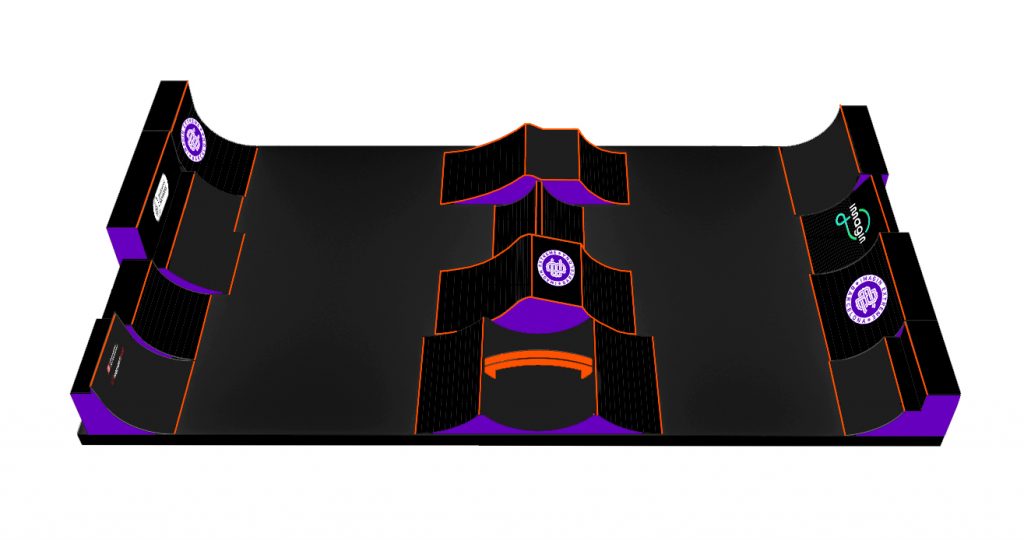 The Park consists of a center line consisting of 2 jump boxes, a spine and a funbox with a rainbow hubba that will delight athletes. On the sides, we will find the walls of the barracks and wallrides that will reach up to 4.3m in height. This will allow riders to pick up great speeds, and to be able to fly and perform spectacular tricks. In short, a large and very complete park that will be a challenge for medalists.

The Barcelona Street Plaza will be an exclusive facility for street competitions. Its construction will also be carried out by Seven Mila Parks in collaboration with California Skateparks Europe. It will be located next to the Catalunya Central Park, in auditorium 1 of the Parc del Fòrum and will be the scene of the street skate, scooter and roller freestyle modalities. 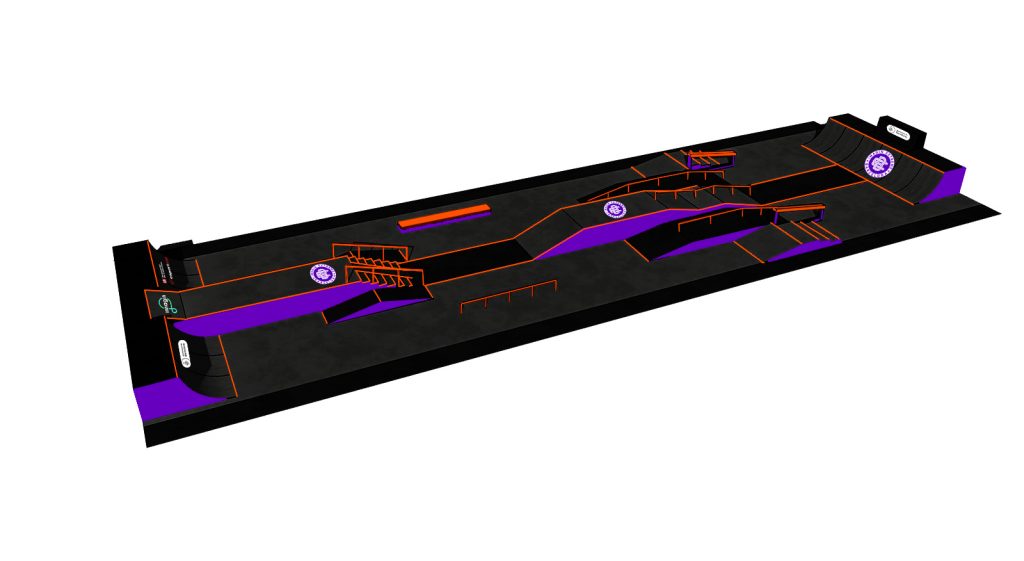 The street stage also increases its measurements compared to the last edition (45x15m) which the athletes will appreciate, as they have more space between modules. Barcelona Street Plaza is based on a set of rails and hubs at different heights, bounded on one side by a wall of quarterpipes and by inclined planes on the other. The most important module will be the large elevated kink rail, as it will test the most congested athletes. To sum up, a very technical park and perfect for linking different modules in a round.

The imageExtreme Barcelona, ​​behind closed doors

We remind you that this tenth edition of the imaginExtreme Barcelona will have to be held behind closed doors. The current health situation, resulting from the Covid-19 pandemic, has forced the organization, along with local authorities, to make the difficult decision to hold the event without an audience. However, the event can be followed on Esport3, the Urban World Series Youtube channel, via EdgeSport internationally and on the Olympic Channel.