Climbing will have an ‘Open’ competition at Extreme Barcelona 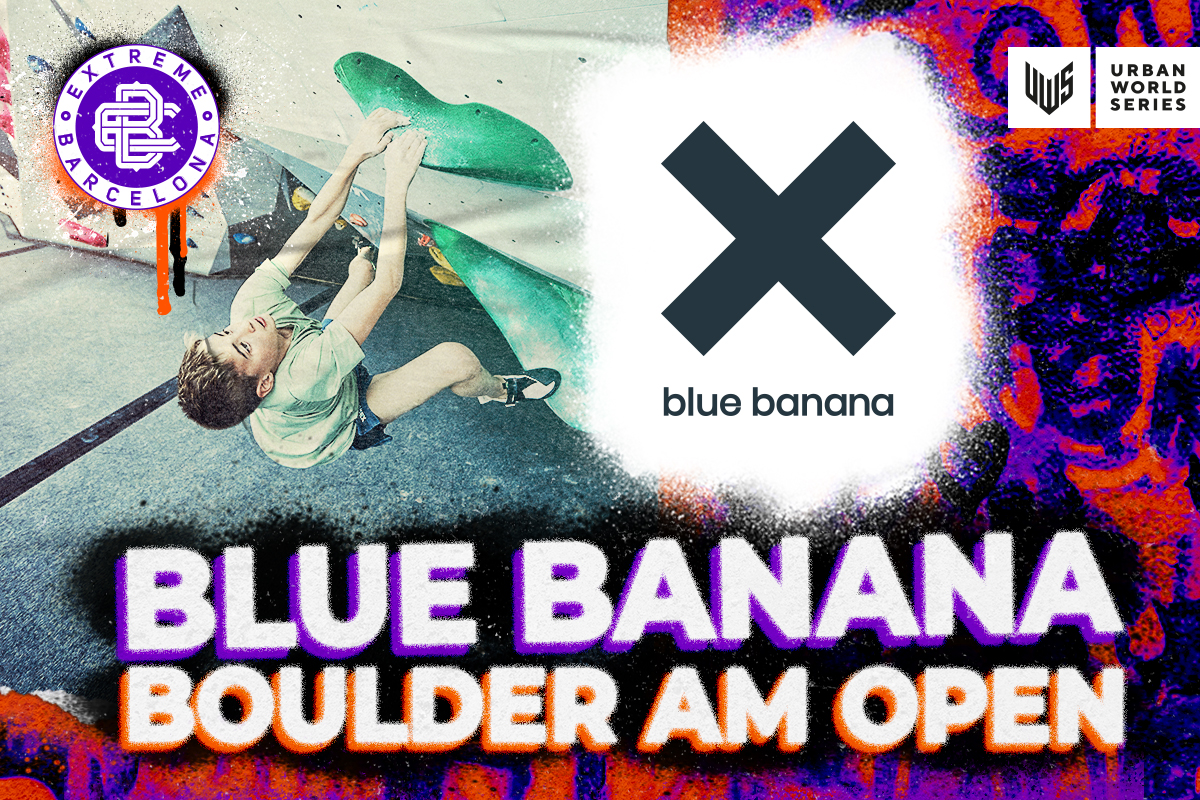 Climbing debuts for the first time in Extreme Barcelona by the hand of Blue Banana and Indoorwall, with an unbeatable presentation letter: a climbing wall 6 meters high and 18 meters wide, which will be open to all climbing enthusiasts who come to the Parc del Fòrum.

A boulder to enjoy climbing at all levels:

During Friday and Saturday there will be various initiation and technification activities taught by Indoorwall staff and monitors.

On Sunday the Climbing Zone of Blue Banana will dress up to host the ‘Boulder AM Open’, the first climbing competition of Extreme Barcelona.

To register for the competition just fill out this form:

The competition categories will be as follows:

The competition schedules are as follows:

The qualifying phase will be held with 30 blocks, each block has its due score according to its difficulty, each participant will have a course card to write down his score.

The winners of the U14 and U16 will win a lot of sports equipment, while the prize pool valued at € 1000 plus an annual bonus for the winners.

Climbing joins the list of urban sports at Extreme Barcelona with an open competition to celebrate its new free access format of the event.

Are you passionate about climbing? You have an appointment from 16 to 18 September at the Parc del Fòrum.