One month to go for Extreme Barcelona 2021

The countdown begins for Extreme Barcelona 2021, in a month thevbarcelonas biggest event of sport and urban culture returns to the Parc del Fòrum from 25 to 26 September, within the framework of the Festes de la Mercè. Barcelona will be the scenery of international and open competitions. Skateboarding, BMX, scooter and breaking will be this years official sports with the participation of international athletes and Olympic medalists such as Daniel Dhers who won the first silver medal in BMX Olympics history or Danny Leon who made his debut in Tokyo as a part of the Spanish skateboarding team.

Extreme Barcelona is ready for its 11th edition with two major sporting venues, Central Park and Street Park, where international competitions will be held, just two months after the debut of urban sports in the Olympics.  Daniel Dhers, Olympic medalist, or Nick Bruce will be some of the main atheltes in the BMX Park contest, which will feature an international UCI C1 competition (International Cycling Union), scoring in the world ranking, in a brand new Central Park.

In skateboarding, Danny León will be back for another year just two months after making his debut at the Tokyo Olympic Games as a  Spanish national team athlete, achieving ninth place in the qualifiers for the final. Other top level skaters like Ivan Monteiro or Matias dell Olio, among others, will complete a list of international skaters in the Men, Women and Junior contests.

One of the big news for the 2021 Extreme Barcelona edition will be the celebration, of the Scooter World Championships, with the support of World Skate and the Federación Española de Patinaje. This world championship will held Park contest, (Men & Women)  and also Street (Men). Richard Zelinka, Jordan Clark or Beca Ortiz, 2019 world champion, will be some of the athletes who will try to be crowned as a world champions.

Breaking, which will become an Olympic sport in Paris 2024, arrives for the first time at Extreme with an event that is part of the Spanish Breaking Circuit and will bring together the best BBoys and BGirls of the national scene. The other main new feature of the 2021 edition is the event’s commitment to urban culture with more music, art and lifestyle. Urban music will be the main protagonist throughout the weekend and Young Blood will be the star activity. Young talents, emerging from the local scene will have the opportunity to take the stage and show their best skills in rap and trap battles. 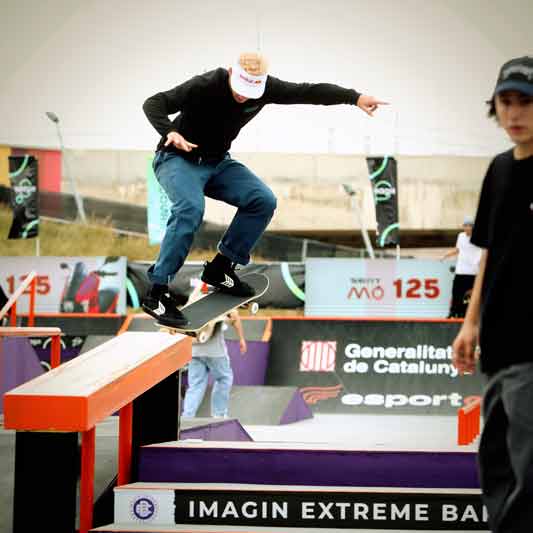 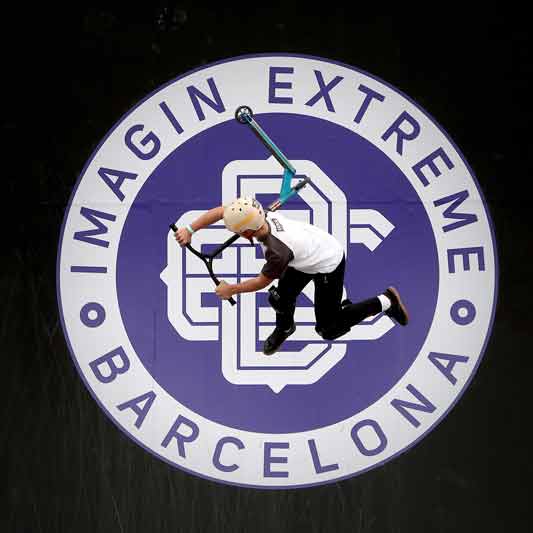 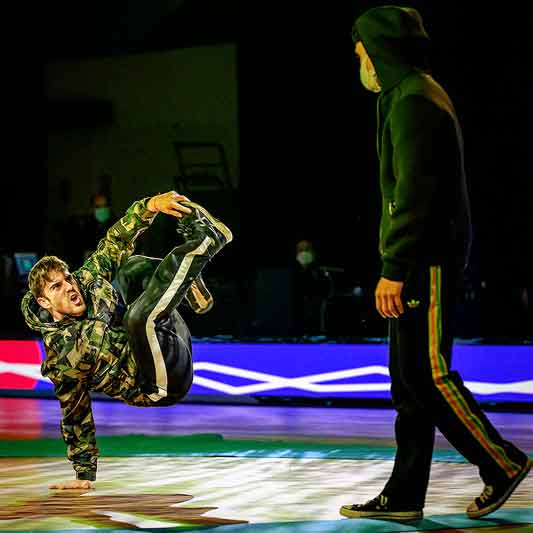 Urban Art and activities for all audiences

Extreme Barcelona will offer a space dedicated to urban art under the name of Urban Art Zone where more than 40 local graffiti artists will show their creativity, offering their best designs in a liveshow on recyclable support, contributing like this to generate a sustainable event and committed to the environment.  Music hace a main role beyond the music stage and will jump into the Central and Street Park during the breaks between sports competitions under the Flex Moments, a 15-minute showcase led by local urban music artists.

In addition to the show and the sport, the public will have a space to have fun with friends and family, taking advantage of the last days of summer atmosphere to enjoy outdoor activities with a music zone, food trucks, open parks and a space for the little ones of the house. A complete and overall offer aimed specially for the young people of the city during a weekend full of sport, culture and fun.