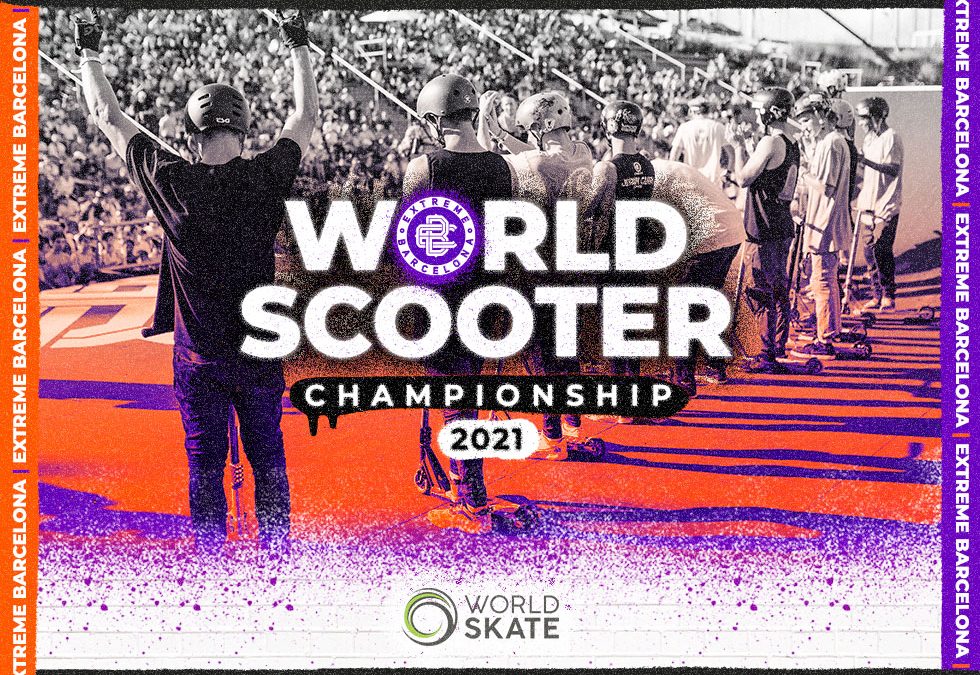 Following the huge success of the first ever Scooter official World Championships, held during the 2019 edition of the World Roller Games, World Skate is proud to launch this second edition of the World Champs. The event has been added to the Extreme Barcelona programme and will take place on September 25 to 26 at the Parc del Fòrum. The competitions, live on World Skate TV, will include park and street for both men and women category.

The World Championships will be organized in partnership with SevenMila, the well-known urban sport organizer, and is going to take place during one of the most amazing contests, the Extreme Barcelona, with the aim to bring the best athletes from all over the world. Soon after the Tokyo Games, where skateboarding will make its Olympic debut, Scooter in Barcelona will provide one more taste of urban sports and their great appeal on the youth. We are sure that Scooter contests will be a keyframe in the success of the festival. Since 2008 , Extreme Barcelona has become one of the great events of urban sports and this year, from September 24-26, it hopes to bring together the best.

Sabatino Aracu, World Skate President: “We are so excited to come back to Barcelona with the scooter World Championships, one of the youngest sports in one of the cities that youth love most; such a perfect match! We all are looking forward to being back here. Barcelona is surely one of the cities where our legacy is stronger for all our sports. Here we hold the last edition of the World Roller Games in 2019 just before COVID forced us to such a long stop from competitions!“

Victor Casanovas, Urban Sports director in SevenMila: “It is a great privilege to partner with World Skate to bring back Scooter World Championships for 2021.  Extreme Barcelona has always been very committed to help scooter grow and become one of the most relevant urban sports. Barcelona is a perfect landscape for riders and we are thrilled to bring together the best of the best in park and street modality”.

World Skate, founded in 1924 in Switzerland, works to unify the unique characteristics of all the sports performed on skating wheels and to promote their global development. Currently, World Skate recognizes 135 National Federations and governs the following disciplines: Skateboarding; Scooter; Roller Freestyle; Inline Speed Skating; Artistic Skating; Inline Hockey; Rink Hockey; Downhill; Inline Alpine; Inline Freestyle; Roller Derby. With the two disciplines of park and street, skateboarding will make its Olympic debut in Tokyo next summer and it has been already confirmed in the Paris 2024 Programme. For more information, please visit www.worldskate.org.

SevenMila is a marketing and events agency set in Barcelona and Madrid which organizes and produces all kinds of events. It is the owner of the Urban World Series, which includes national and international competitions. Since 2008 has organized Extreme Barcelona, one of the most relevant action sports events in Europe. In 2020 included in its portfolio Madrid Urban Sports, which was held as an online version with more than 12M views. SevenMila is always offering online and offline experiences to the fans.