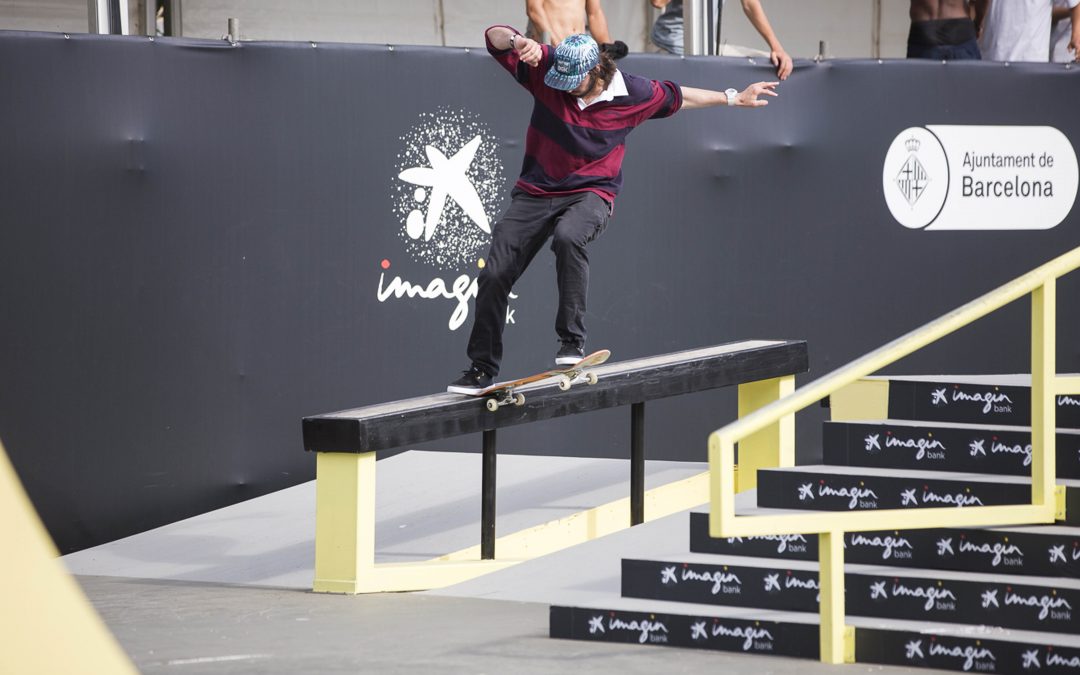 With 600 riders, 8 modalities and 26 competitions, this year will be one of the editions with more news and participation

The imagin Extreme Barcelona has started this Friday for the riders who have already begun to warm up engines for the finals of the weekend with scooter, inline and BMX park and BEO qualifying competitions. This year, celebrating the 10th anniversary of the Barcelona action sports festival, the participation of more than 600 riders from 45 countries and 5 different continents has set a record compared to previous editions. Also noteworthy is the number of female participants, 75 in total, which demonstrates the consolidation of women’s competitions in action sports.

A weekend ahead with a lot of emotion

All of them are already in Barcelona to compete at the imaginExtreme with more news of the recent years. This first day of competition behind closed doors the riders have already been able to try the new Parks and start practicing their best tricks towards the finals of the weekend. On Friday there were official competitions such as the Spanish Scooter Championship where Martí Samper, Luis Barrios and Eric Avila were the first classified and secured the place for tomorrow’s semifinal.

In addition, there have been inline park qualifying competitions in both men’s and women’s categories and BMX park and men’s skate (BEO). The riders with the best scores have already passed to the semifinals to be held this weekend of June 16 and 17.

Some of the favourite riders to win in their respective modalities and that we have already seen in the facilities of the imaginExtreme Barcelona are: Mery Muñoz, Joao Lucas and Roger Silva. In addition, the rest of riders who did not have official qualifiers today have also been able to practice in the Parc del Fòrum to give the best version of themselves in tomorrow´s competitions.

Thus, the riders of the 8 modalities have been able to see first-hand the novelties offered by these new larger Parks: the Central Park created by Hurricane, the FISE skatepark builder with 52×30 meters; the BEO park created by California Skateparks Europe that has won in length and width (42×13); and the novelty of 2018 with the Dirt Jump created by the local company La Poma Bikepark of Premià de Dalt.

Some of the finals that we can enjoy tomorrow at the imaginExtreme Barcelona are the inline women final, the Streetboard men final, the streetboard cross and scooter final, the Barcelona European Open (BEO) of junior, female and male skateboarding final and the best trick of BMX Dirt.

The last stop of this first edition of Lliga Skate BCN will be held at the imaginExtreme this Saturday 16 with the celebration of the Top 9 of the three categories in which it competed: beginners, open women and open men. As explained Jordi Roquer, director of imaginExtreme Barcelona, ​​in the press conference to present the festival, one of the objectives this edition was to “include more local riders and not just the pros, and for this reason the Open categories were created for that the locals could participate, and in addition, the Consell Escolar created the Lliga Skate to be able to make the Top 9 in the imaginExtreme “.

The fifth and last day of the Lliga Skate was held last weekend in Baró de Viver where the prizes were handed out and it was known which riders would be the lucky ones to compete at the BEO Park of the imaginExtreme this weekend. The 9 riders that were better classified after the 5 competitions of the Lliga Skate BCN that were held since April will have one last test to rise as best of their categories this 2018 in a unique scenario.

In addition, the riders who won the Prize for Participation and Effort for having attended a minimum of 3 days of the Lliga Skate BCN have been able to attend this Friday at imaginExtreme Barcelona. Between 3.00 p.m. and 5.00 p.m. they have been able to test first hand with their skateboarders the new and improved BEO Park where their colleagues from Lliga Skate will compete the next day.

For the fifth consecutive year, the imaginExtreme Barcelona collaborates with the Barcelona City Council’s educational program “The school plays sports in the city” under the direction of the Institut Barcelona Esports. It is a municipal sport program of school age, primary and secondary, which allows the children of the city to participate in different sports activities throughout the course. This activity is part of the program by which 2,500 girls and boys had the opportunity to start in street sports such as skate or scooter in the municipal facilities located in the Parc del Fòrum in the week of May 14 to 20 of this year.