THE EVENt WITH MORE WOMEN CONTESTS IN THE WHOLE EUROPE

The imaginExtreme Barcelona is the event of action sports with more women contests of all Europe. This next edition, which will be held again at the Parc del Fòrum on 17 and 18 June will host women’s competitions of Skate, BMX, Inline and Longboard.

Four competitions that are going to congregate to a great number of international level professionals, and this year they will grow the level of the competition. There are a few already confirmed for the imaginExtreme Barcelona 2017.

As for the BMX the 2016 silver medal repeats attendance, the Chilean rider Katherine Diaz returns to try to obtain that gold medal. Alongside and no less important, the two Russian BMXers Elizaveta Posadskikh and Ekaterina Kruglova and the Argentine Analia Zacarias will try to fight for that gold medal.

Inline is a modality with strong feminine presences, and with many riders who overflow talent, every year they demonstrate it in Central Park and by 2017 the bar is still very high. The 2016 champion Rosie Odonoghue will be back to defend her title, accompanied by great names like: Manon Derrien, Melissa Brown, Javiera Garrido, Mery Muñoz and Silvia Tovar among others.

In the Longboard contest we already have some names like Fiona Torelló who made podium in 2016, Cristina Sanchez a fixed rider in the imaginExtreme Barcelona that has not lost an edition, Marta Matamala, Silvia Menendez and Victoria Mowbray will be candidates for the Longboard Cross podium .

Finally in Skatebord, at the BEO (Barcelona European Open) we will have the 2016 champion, Dutch Candy Jacobs was intractable last year and for this edition comes very prepared to defend the title. Other names like Mar Barrera or Ligiane Oliveira will compete to climb to the top. 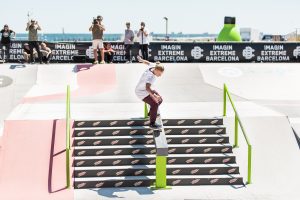 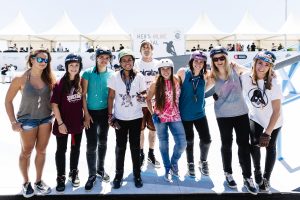 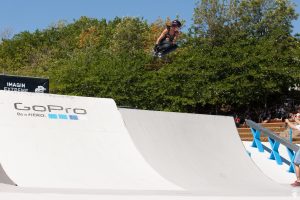