Extreme Barcelona travels around the Catalan territory with the EsportCat Extreme Series, a circuit with the support of the Secretaria General de l’Esport i de l’Activitat Física where Skate, Scooter and BMX will visit the skate parks of five Catalan cities during July, August and September:

The three disciplines will have two categories: Men & Women, who will compete in one of the most undegrounds formats in skateparks: Cash4Tricks. An innovative format where in each discipline we will have Jam Sessions, which will reward the best tricks of the athletes in each discipline. The best of the afternoon will also get points to climb positions towards the final classification.
Once the five stops are finished, the best in each discipline will win a direct pass to compete in the 12th edition of Extreme Barcelona, which will be held from 16 to 18 September in the Parc del Fòrum.

The EsportCat Extreme Series begins its adventure around the Catalan territory to discover new local talent in the world of urban sports. 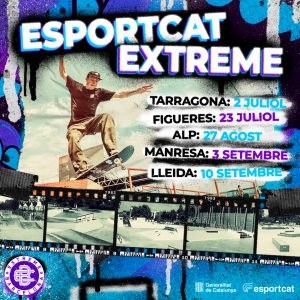 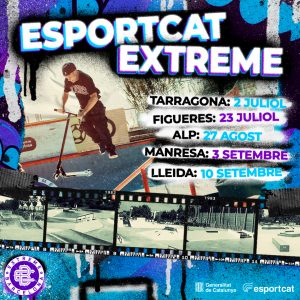 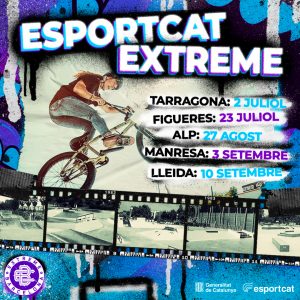